Oleg Khvostov is an artist who depicts everyday life in much the same way as a Central Asian akyn poet-improviser who "sings what he sees." For his painting, Khvostov uses an artistic language that was formed long ago, that is unique to him and that is immediately recognizable. Of his painting style, Khvostov says modestly: "Yes, it's primitivism. But not naïve primitivism like Henri Rousseau or Niko Pirosmani. In my works, there is nothing that is naïve. With each passing year I make my works increasingly primitivist in the sense that I strip them of everything that is superfluous. What remains is a pure, distilled product."

The exhibition is called Cosmos Cows. The artist pays his dues to the only Moscow modern art fair and the new-old subjects of his pictures. Khvostov's cows long ago became emblematic for the artist, but the cosmic motifs are being presented for the first time. It doesn't matter that the artist, who is painting a chronicle, knows little about outer space and has never been there, or that this is just a dream. Or that seeing the landscapes of Tuscany, which will also be presented in large numbers at Cosmos Cows, is also a dream. All of this falls within the conception of the author, who returned from Provence with a year's supply of lavender paints and created a series of lilac landscapes. Some time will pass, and he will return from Tuscany in the same way, with a tin of ochre, and paint an Italian series, and then the cosmos. Dreams, with age, become exaggerated: if, previously, there were dreams of distant or not so distant countries, then now, with the realization that reaching them isn't that big a problem, the artist aims higher, making the achievement of those dreams even more difficult. And what could be more difficult than space?

The exhibition comprises entirely new works created at the end of 2014 and in 2015 – about 30 pictures painted at the studio at Krasny Treugolnik (Red Triangle) in St. Petersburg. The exhibition is made up of several statements: apart from the Tuscany landscapes, the cosmic series, the cows and the planes, there are works about what concerns the author in the here and now. There is, for example, a portrait of the mixed martial arts sportsman Alexander Emelyanenko who was convicted for rape in May of 2015; a jocular sketch, "Honeymoon", which, if correctly read, tells us that an exhibition of war trophies and a large number of air catastrophes made an impression on the artist; or there is the work "A transvestite in Baghdad" on the rejection of the LGBT movement and the issues that confront it. Cosmos Cows is an exhibition-reflection, a witty, large-scale canvas on how the artist spent 2015. It only appears to be the case that before us is a range of works that are not linked. In fact, Khvostov says of the logic of his work: "My pictures aren't divided into better and worse, they're simply different – in their complexity and in their originality, but they all support one another in a common space and create a multi-dimensional picture of the world. No more, no less." 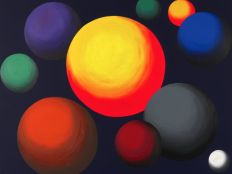 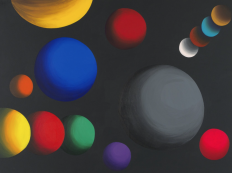 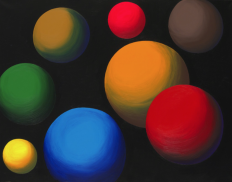 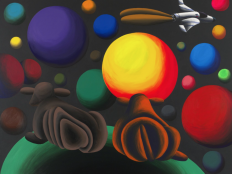 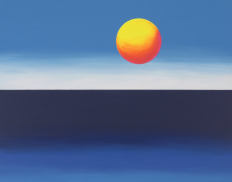 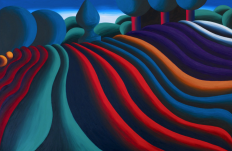 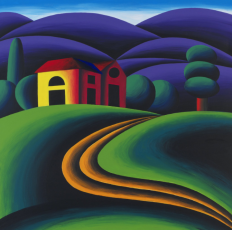 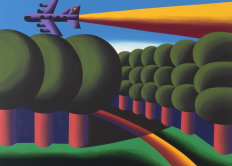 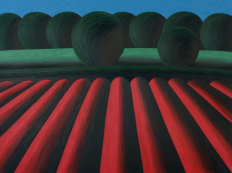 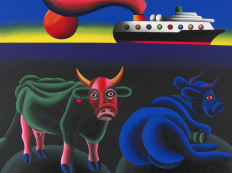 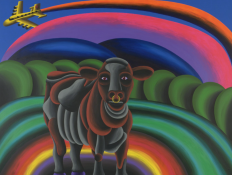 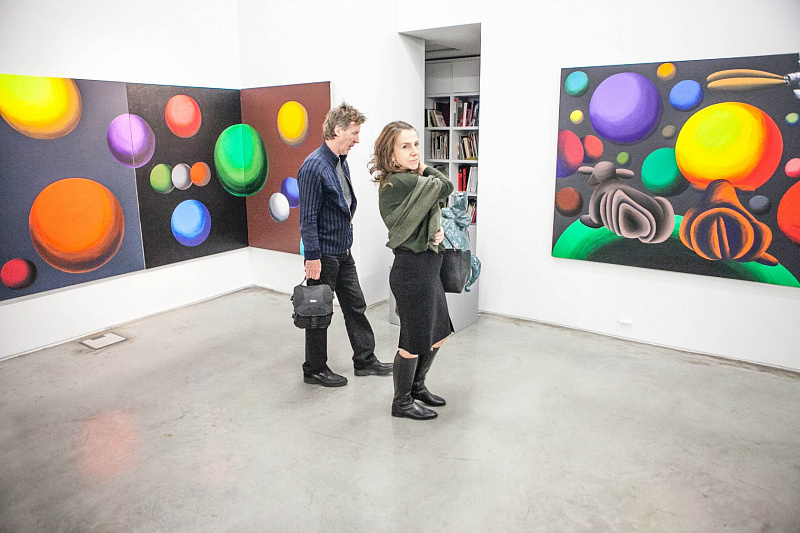 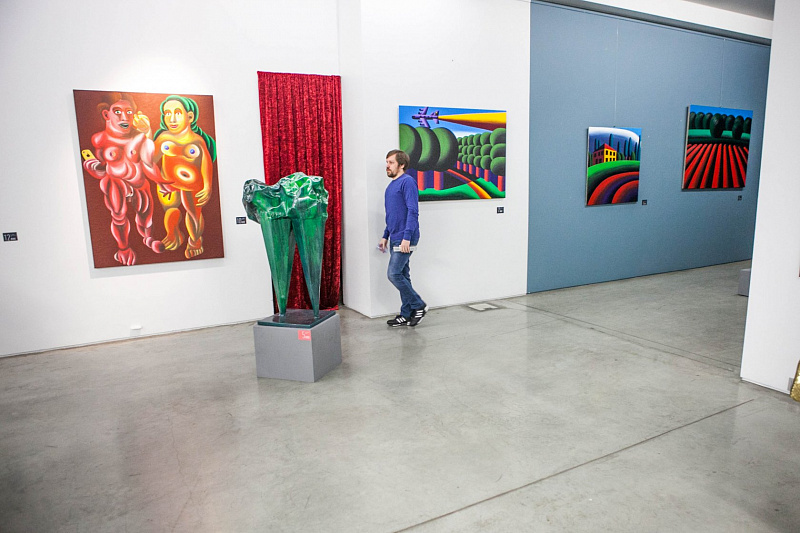 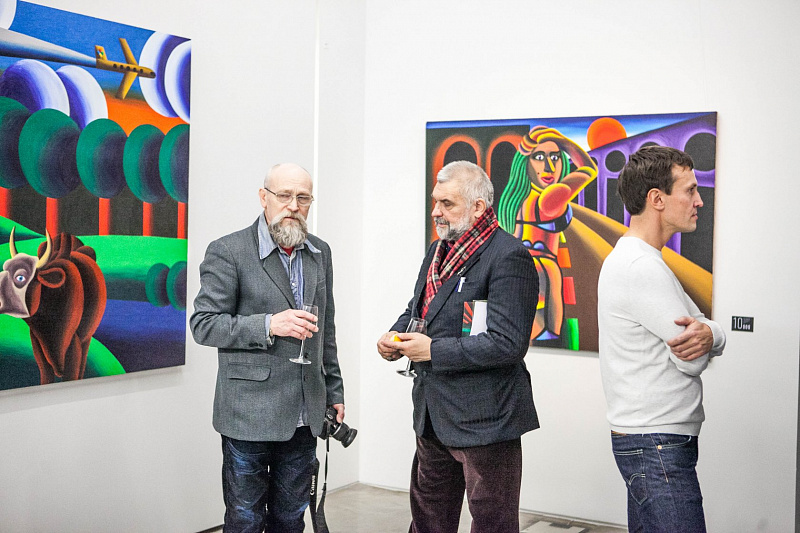